My Second trip to Guangxi – A Sense of Hope

My first trip with the CRRS vision trip to Guangxi was in May 2009. My second one was in November 2011, with my husband, Eric joining the group. That we were able to go together was indeed a prayer answered.

For me, this trip was even more fruitful than the first. We heard many grateful messages from sponsored students, saw many of their tears and shared many hugs. I was so happy to recognize a little girl that I met two years ago when she was in Grade 4. She is now in Grade 6 and she and her classmates made me promise that I would visit them again. However, by the next time I visit she will be in a middle school, hopefully still with CRRS sponsorship.

There was a young man from the Rongshui Vocational School who could not stop sobbing yet insisted on telling his story. He would not have been able to continue with his education without our help and he wanted us to understand the hope we have been able to give him. All I could do was to hug him deeply.

We were also rewarded with two gifts. Firstly, Dr. Huang Mei Ling, a CRRS-sponsored student who went on to become a pediatrician in WuXuan, , took time off work to join us for a few days. Mei Ling became CRRS’s best ambassador, encouraging the students who needed encouragement, and giving hope to those who felt at times hopeless. I felt so fulfilled that our work could produce such a caring person. A few months ago, Mei Ling told us that she got married to a nice young man. We felt like our own daughter has gotten married!

Secondly, Shi Chuan Luen, another sponsored student who gave up a teaching post in a big city and to become a teacher in a village even poorer than her own, also took time off work to join us to visit her old high school. The high school students looked up to Chuan Luen with admiration while she listened to their stories with tears streaming down her face. She could still recall the hopelessness she had felt and the incredible opportunities that the CRRS sponsorship was able to provide.

Our group took a 12-hour bus ride to one of the poorest regions of Guangxi – Lung Lin in the Baise region. We saw young children taking classes in a run-down shack with tarp as roof and opened walls as windows. Floorboards were missing and lights were non-existent. These children hiked up mountainous slopes to class every day, huddling in the cold in the winter. CRRS is still trying to raise enough funds to help build a proper school building.

I know some have questioned the need to help China, an established economic power outgrowing many of the industrialized nations. Yes, some people in China are becoming quite well off, but that is a very, very small percentage of the general population and mostly concentrated in big cities. People in mountainous farming regions are still desperate for many basic necessities of life – that is the area that CRRS is working in.

People have also expressed dismay at the many stories of corruption in China. Will the money we send reach the children in need? What I continue to see was that checks and balances have been put in place and that the people locally and at CRRS work diligently to supervise and be accountable for the funds.

In a separate trip this past April, Eric and I stopped off at a foot massage place in Tianjin China after a golf game and struck up a conversation with the two girls working on our tired feet. They were farm girls from Yunnan province whose families could not afford for them to continue going to school even though they wanted to and were good students. So at the young age of 14, they left home to Tianjin ending up at these low level jobs working 12-hour days from 11am to 11pm. Very often, they were required to stay behind till 3am if they did not sell enough package coupons to their clients in the name of “perfecting” their massaging skills, but really as punishment. That means seven days a week with only a few days off during Chinese New Year to go home, if they were lucky enough to have enough money to do so. Had they been beneficiaries of CRRS scholarships donated by you and me, their lives could have been changed in ways they could not even imagine. That is the hope which we have the privilege to give.

We ask for your help to help change lives, one life at a time. We know that education is the route to create change and to build character. That is the part that all of us who contribute through CRRS will be able to support.

I went with Linda to Guangxi this past November to keep her company. I really did not know what to expect. At the end I found I was moved by the love expressed by the CRRS members to children they did not even know and the gratitude expressed by these children for the unconditional help they received. I came back with a renewed understanding of the change we are able to bring to these children through such small financial gifts. It made the strenuous trip all the more worthwhile. 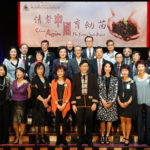 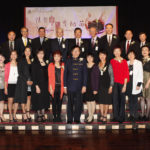 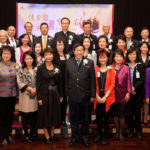 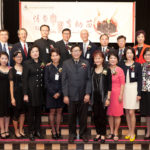 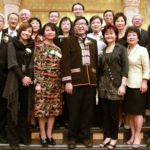 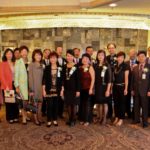 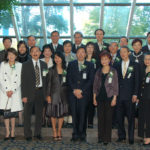 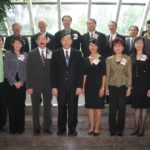 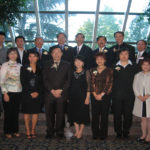 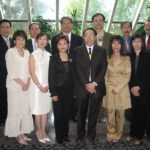 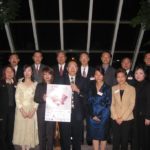 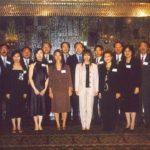 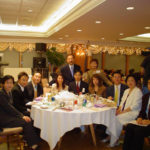